In this day and age, you can install solar systems on your own property. Some may believe the only type of panels you can have is the big, black, gridded solar array. But Tesla recently announced solar panels that mimic roof tiles – and they look amazing! 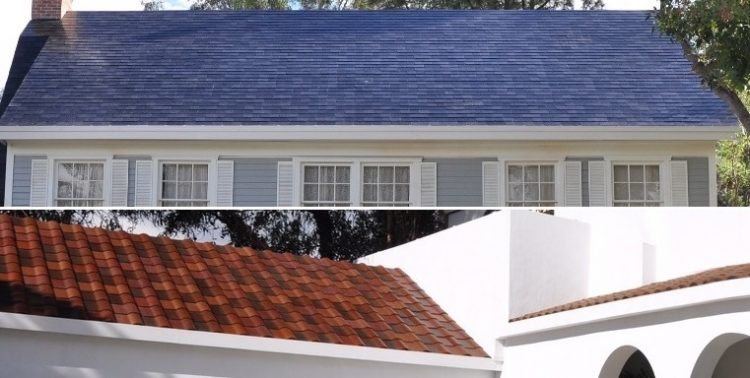 This page will outline the new solar panels you can install directly on your roof and the battery system that comes with it.

Why Solar Shingles (Instead of Traditional Panels)?

Why install the panels on the roof? Well, first, you have a roof. Houses in neighborhoods with small lots may not have the space for large ground-based arrays. Or maybe you use your entire property for activities. With a roof array, you can keep all that space; you won’t be using the land directly beneath your house, anyway. That is for your house. Another reason is security. While it is unlikely people are going to steal your solar panels, they will be even less likely if you’ve mounted the panels on your roof. If you have children, they won’t be able to climb on the panels without first climbing on your roof.

The main reason to install them on the roof over installing them on the ground, though, is for added sun exposure. If you have a ground array and they are fixed in position and rotation, you can only get maximum exposure when the angle of the sun is perpendicular to the panel surfaces. The problem with ground arrays is, on the ground, if there is vegetation or other houses, you will have objects obstructing the panels’ exposure. Roof-installed panels will be at either the same height or higher than surroundings. Therefore, your panels won’t be blocked by shadows, and you can have a more highly-exposed surface to capture as much energy as possible.

The Costs of Solar Shingles

Just a few years ago, it was still prohibitively expensive to install solar panels. They were meant for companies and governments, not individuals. Tesla’s technology advances, though, put them at the individual’s cost level. It isn’t just for companies anymore. Now you too can have a solar system. Tesla hasn’t announced prices, but Consumer Reports analyzed what the upper limit could be for Musk’s “cheaper than normal roofs” claim to remain true.

They pegged the price of roof installations at $16,000 for clay tiles, $20,000 for asphalt, and $45,000 for slate roofs. They assumed about $200 in electricity savings per month over the life of the panels. For Musk’s announcement to remain true, the final cost of the roofs had to remain below $70,000 to $100,000, depending on the replaced material. California gets plenty of sunlight and the summers can be rather warm. There is a lot of energy to capture and plenty of air conditioning and other systems to use electricity. But do you use up to $200 a month on average?

According to Electricity Local, the average monthly price of an electric bill in California is $88, which makes California the 42nd most costly state. In other words, it is the 8th cheapest.  That puts the annual cost at $1,056. That is barely half the bill used for the CR analysis. At first glance, it seems that Californians won’t have as much of an incentive to adopt solar roofs as other states. However, note that Californians rank 48th in energy usage, so if you happen to be like most non-Californian Americans (you love to suck up energy), you will be the one dragging that average up. In that case, you may be a good candidate for a solar roof. CR assumed about $167/month for the bill. At $88, Tesla is going to need introduce the tech at a much lower price to entice the average Californian (at least if you only look at it as a financial issue).

Even with low energy bills, California is one of the best states for solar adoption. Before even getting to California, note that the US federal government will allow you a 30% tax credit for systems installed before 2020. In that case, you can think of the cost as 30% lower. Furthermore, California will let you exclude 100% of the value of your system from your property taxes, so you can mark up your property if you sell it, but you won’t be paying taxes on it.

Perhaps the best incentive offered by California is net metering (see infographic directly below). It is especially useful for those very low energy users who have large roofs. Net metering means if you produce more energy than you use, you can sell that energy back into the grid for others to use. In California, utilities are required to purchase any excess energy your produce. That word, required, is incredibly helpful for you $88/month energy bill customers: you will likely be able to sell energy back to your utility and get a cash return. Make sure to check with your utility what their payback rate is.

Some like the sleek black or blue glass look of traditional panels. However, many people find them to be rather uninviting. Big, black, gridded glass panels are maybe too modern for some. To solve this problem, Tesla has introduced four different styles. They are the gold-ish Tuscan Glass, a flat black Slate Glass, a normal asphalt single imitating Textured Glass, and finally another black Smooth Glass. The best part is, from the street, you won’t be able to really tell the difference. Cruise over to Tesla’s website to see the different colors and shots from different angles.

It is likely in the future that the Swanson Effect (see infographic directly below) will come into play and more styles at lower prices will come to market. If the styles don’t suit you, then wait a few years and you can probably get a nicer one (don’t wait too long or you will lose the federal tax credit incentive, which drops to lower percentages as the years progress).

The Construction Makeup Of The Shingles

What are these things made of? Is there a warranty? The warranty is expected to be 25 years, about the length of the life of the photovoltaic cells themselves. The photovoltaic cells are manufactured by Panasonic, and the company has developed cells that still produce energy on hot days.

In the past, energy capture would drop as temperatures rose, so places perfect for solar, like Southern California, would get too hot and the panels didn’t work well. Now they do. The next layer is the colored glass that give the styles their distinct… well, style. The final layer is tempered glass, which is highly durable and resistant, so don’t worry about something scratching your $70,000 roof and damaging it.

What About At Night Or Cloudy Days?

What about at night? The new Tesla home battery pack, the Powerwall 2, will be packaged with the roof. During the day, you can power your home and store the excess in your battery. At night, you can draw on that battery to power whatever you use at night. The plan is a 100% self-sufficient system that requires no external energy input. That means not only can you say you are 100% green, you don’t have to take energy from the utility at night and reduce your net-metering payback. 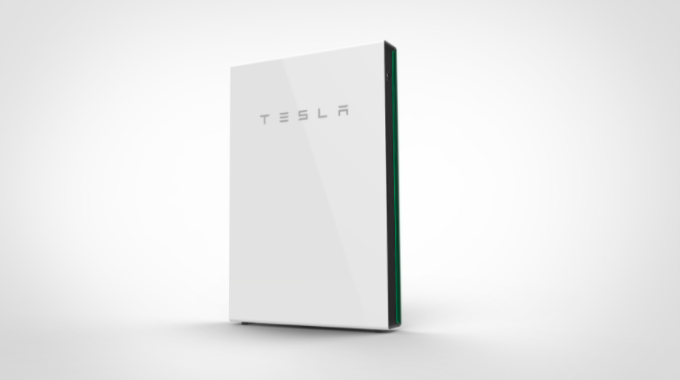 The solar age is finally here, and California, with its long and consistent sun exposure, is a great place to go solar. Your roof is likely the best place on your property to install a residential solar system, and you now can get attractive panels that look like a real roof. The price is probably going to be steeper than a normal roof, but you’ll save money on electricity and there are plenty of incentives to help you finance the project. After analyzing your own situation, if you think solar will work, now is the time to install.