A Case Study On Solar Cooling and Air-Conditioning Applications

Human beings need cooling technology to survive. It is necessary for a wide range of health and medical procedures, equipment, and applications (including anesthesia); manufacturing of various kinds; preservation and transportation of food and other perishable goods; keeping living, work, and public places cool; maintaining equipment such as computer data banks at the necessary temperature; and even the processes behind some of the up-and-coming alternative forms of energy.

To date, cooling technologies have been anything but green as they produced by-products that have done considerable environmental harm. The culprit is, and in many cases still is, Freon or Chlorofluorocarbon (CFC), an organic compound made up of carbon, chlorine, and fluorine.

CFC’s, when exposed to ultraviolet radiation, release chlorine into the atmosphere and it is chlorine that has done substantial damage to the ozone layer. To combat this there was a move to hydrochlorofluorocarbons (HCFCs) and hydrofluorocarbons (HFCs). While they are less harmful they contribute to climate change. The Montreal Protocol of the 1970’s required that CFC’s, HFC’s, and HCFC’s are phased out completely.

With the move away from fossil fuels and towards renewable and clean energy, various researchers and manufacturers began to investigate and later launch green, solar cooling and refrigeration systems that do not produce noxious by-products. 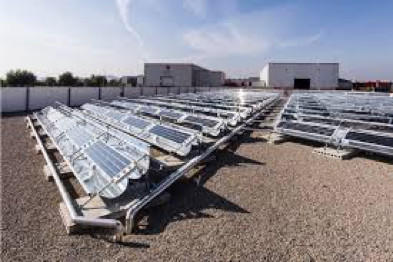 There are several reasons why out of the various types of renewable energy solar is the best choice for cooling and refrigeration. The primary reason is perhaps that cooling accounts for a very high percentage of energy usage in both domestic and commercial settings; solar energy is at its peak levels when demand is at its highest.

The two primary methods currently being used are evaporative coolers which are run by solar photovoltaic cells and absorption chillers powered by solar thermal. Conventional solar electric systems, i.e. where solar panels are used to generate electricity, that power traditional cooling, refrigeration, and air-conditioning units can’t claim to be green as there is still the large problem of CFC, HFC, and HCFC production.

Solar thermal systems are either closed cycle or loop systems or open cycle or loop systems. The most common closed system is absorption cooling. Solar chimneys and desiccant cooling are examples of open cooling systems. Initially absorption systems made use of refrigerant absorbents such as water with either Lithium Bromide or Ammonia which meant all green credibility was forfeited. Yet others use propylene glycol which, while not toxic to human, poses great dangers to the environment. 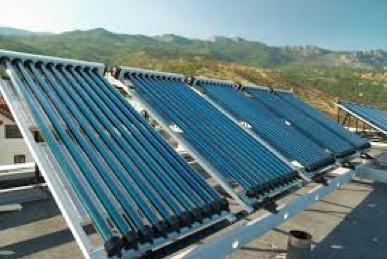 Indirect phase-change evaporative coolers that only use water and a solar energy powered fan has been used successfully in some test locations. Solar chimneys, often coupled with photovoltaic powered fans, are able to remove heat, cool, and dehumidify. A design and engineering challenge is to ensure that levels of condensation and humidity do not become unacceptable.

Their focus is 100% green solar refrigeration and cooling systems and these efforts has resulted in their system: “SolarChill relies on three 60 watt solar panels to run a direct current compressor, which then runs the refrigerant cycle that produces an ice bank. The energy of the sun is thus stored in ice [instead of batteries]”. The system contains no CFC’s, HFC’s, or HCFC’s. ‘Greenfreeze’ technology containing hydrocarbens, which have been shown to be safe, is utilized.

The progress made by just this one company is most encouraging. To date, “SolarChill [refrigeration] prototypes have been successfully field tested over an 18 month period, in Senegal, Indonesia and Cuba”.

The European Solar Thermal Industry Federation (ESTIF) concludes that, “As paradoxical as it may seem, cooling using solar energy is feasible using solar thermal energy… At the end of last century it was still common view that solar cooling would only be profitable through photovoltaic driven compression cooling machines. However, optimized collectors, improved components and an enhanced system design have contributed to make solar thermal cooling a real technical alternative.” The fact that CFC’s, HFC’s, or HCFC’s are no longer by-products means that solar cooling is coming of age.