HOW CAN SOLAR POWER IMPROVE OUR FUTURE?

Solar energy has kept our species alive for thousands of years: warmth, light, and crops. However, harnessing this energy to generate electricity is, relatively, a very recent development. As the Royal Society of Chemistry says, “The amount of energy reaching the Earth’s surface every hour would meet the world’s current energy demands for an entire year… we no longer need to gamble the lifestyles of future generations”. In addition, the technology is constantly being improved and refined. But how, specifically, will solar power be of benefit in our lives and those of the next generations worldwide?

There is no denying that the personal advantages are important, especially in tough economic times. Solar currently offers several financial and other pros that will become even more significant over time:

In other words, solar protects shrinking incomes, eases strained budgets, improves the value of assets, and fosters independence. In the not-too-distant future this may be of greater value than now. Furthermore, in our increasingly interconnected world some of these personal benefits are also inevitably good for the community and area around us. 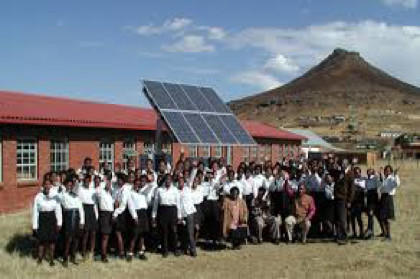 The most obvious pros of solar energy, as we at Solar Action Alliance point out, are that is that it is abundant, sustainable, free, secure, and reliable. Even in less sunny countries such as the United Kingdom there is enough energy in the rays that reach the surface to generate electricity. However, sunny locations such as California, are ideal for solar.

Just as individual households or businesses can achieve independence in relation to power supply, communities and towns can do the same with whole communities living off-grid and being self-sufficient. In a world of limited and strained resources this is a huge advantage… and one that will be increasing important in the future.

Small, rural, and / or less affluent communities, no matter how remote, will not have to rely on big energy suppliers and their infrastructures or wait a long time for services to reach them. Solar kits can reach any community and be fitted to homes, schools, clinics, and so on.

The fact that solar panels and systems are now available in various sizes, shapes, and thicknesses also makes them far more versatile in terms of applications and where they can be used. New applications are constantly being found and installations being made. There is no reason to believe the future ones will not be even more exciting and liberating.

Given that many of us have joined the solar family because we care about our planet and our future, the global benefits of this form of energy are paramount… and they are substantial!

Firstly, unlike fossil fuels, solar energy does not produce any greenhouse gasses and no CO2, toxins, or carcinogens of any kind are released into the air. Given the severity of air pollution in many parts of the globe solar energy offers us a future of much cleaner air. This makes it a very clean form of energy that will improve the quality of air in the decades to come. With the absence of greenhouse gas emissions comes the fact that solar does not contribute to climate change. 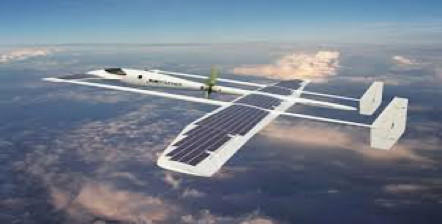 It may sound unlikely, but solar powered cars, planes, trains, and boats are already in use and / or under development. They will all have important effects as these clean and silent modes of transport will replace the fossil fuel reliant, emission producing, and noisy transport modes we have at present.

Unlike so many technological advances and developments solar energy offers huge benefits to rural and undeveloped regions and countries. As solar initiatives are rolled out in the future the advantages will become increasingly marked. Some of the current projects listed by organizations such as Solar Electric Light Fund include: