It almost seems an impossible task to tear the world away from its over dependence on burning fossil fuels with the resulting effects this has had on the global climate. If it wasn’t for the wake-up call about climate change, then the very fact that at sometime in the future the supply of fossil fuels will no longer be able to satisfy demand is a certainty, even if the time scale is less definite. So what might be the next series of earth shattering technologies that might shape the world’s energy future over the coming decades? Here are three possibilities that are more than just ideas and their practical application is actively being researched at the moment.

Solar installations have increasingly become popular here on Earth. In some cities, it appears that almost every roof is covered by at least a solar water heater and in other locations solar electricity generation setups have sprung up like wildfire. But one idea is to move large scale power generation out into space where there is plenty of room and little limitation on the supply of solar energy.

The basic concept sounds workable. A giant power station in orbit around the earth traps ever present sunlight with the help of thousands of photovoltaic (PV) panels. 24 hour sunshine is guaranteed because of the orbit. The light is converted into electricity and then a technological breakthrough is required to transfer the power down to Earth. Obviously the idea of having a huge, dangling transmission wire connecting he space based power station and a collection point on Earth is totally impractical, in part because of the relative movement of the power station and the planet.

The breakthrough would be to beam the power down in the form of microwaves, almost like giant versions of what is used every day for communication by satellite. The power stations would be about 20,000 miles up in space which is around the same distance that orbiting satellites are located. This would entail huge antennas on Earth to capture the energy carried by the microwaves and convert it back into usable electricity. From there, the distribution to transformers and utility grids would be taken care of by existing technology.

Public suspicion of what the health issues are with microwaves emanating from space of the size envisaged should be countered by the fact that the energy levels of the microwave beams would actually be quite low.

The main obstacle that would need to be surmounted is more of a financial one. The cost of putting solar power stations would be very high and the only way to make space solar economic would be to cut down the weight of the equipment much more than it is at the moment.

Several companies are working on solar space power stations and think that the first commercially viable one may be ready for operation in around a decade.

Technologically Advanced Batteries
Solar energy systems are almost useless without good batteries. They are used to store energy when it is produced in surplus and then the stored energy is released when it is needed at other times. Typically, in a solar energy system, surplus power is generated in the day time, especially in the middle of the day when it is sunniest and then there is no energy generated at night. Surplus energy stored in the batteries during the day is available at night or on cloudy days. In most household systems, the battery power is converted into alternating current at the right voltage and oscillation by an inverter. 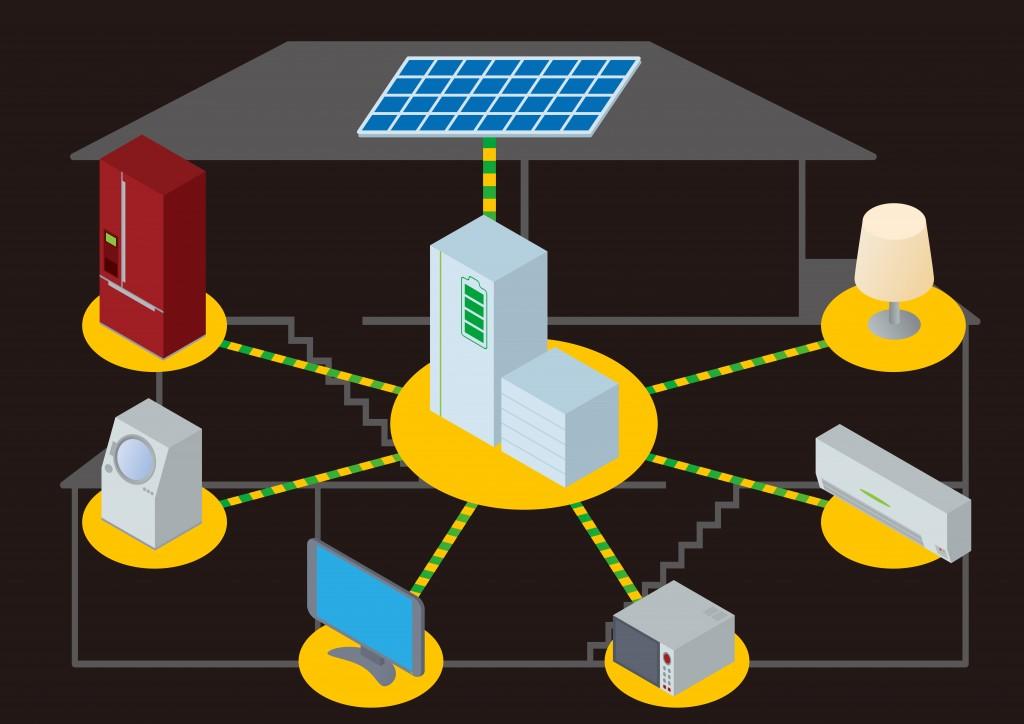 One of the main research objectives over the last few years is to find a battery type that can store charge more efficiently for longer. This is no just important for solar energy systems and other renewable energy applications such as wind power, but it is critical for such things as electric or hybrid cars. Existing technology means that these sorts of cars may only be able to be used for a maximum of 40 miles on a single charge. Car designers are aiming to have a 400 mile range for an electric car if battery design can be improved.

The best batteries available commercially at the moment are Lithium ion batteries, but there is a possibility of an even better battery being developed called a Lithium air battery.

Lithium air batteries use oxygen extracted from the air for charging and may increase he storage capacity of a battery ten times greater than the equivalent lithium ion battery. This is particularly critical in a vehicle such as an electric car because of the weight of the battery component in the car. Batteries that can hold more charge mean that the car can be designed to travel further with a single full charge or the number of batteries used can be reduced so that the weight of the car itself is lighter.

For solar energy systems, whether they are rooftop systems designed to serve a household or a power station in space, the type of battery is also important. A more efficient battery like the lithium air battery means that much more surplus electricity can be stored from the same generating capacity. For solar space power plants where weight is such a premium, especially getting the equipment up into space, lighter batteries as well as more efficient batteries would certainly be a technological improvement.

Biofuels have been around for some time now and there may be some revolutionary breakthroughs in the near future that really make this source of fuel stand out.

Biofuels are basically fuels that are manufactured by biological processes such as converting crops like corn, crop waste, timber and even grass into alcohol or another fuel that can be added to gasoline or diesel to help reduce dependence on fossil fuels. One of the environmental problems with these fuels that it means using good agricultural land to produce biofuel plants rather than using it to produce food at a time when there is a looming food shortage worldwide.

One possibility that is exciting biofuel researchers is oil produced by algae. It seems that certain algae can produce oil in quantities which are far greater than ethanol produced by corn, for instance. The algae could theoretically be grown in places where there is no competition for agricultural land i.e. they could be grown in waste land as long as there is a supply of nutrients and water.

Another benefit of using algae to produce biofuel is that they are prodigious consumers of carbon dioxide and anything that can help to reduce the quantities of this gas in the atmosphere is to be welcomed.