The Interesting Future of Solar Power

Solar power has always been regarded as a highly respected money saving investment but is it truly worth the cost? Some believe it’s unhealthy for the environment while others are buying up stock in companies that are producing solar panels in Fort Worth. There are those that believe in making money off of sunlight and don’t want homeowners to lower their bills. Many individuals are skeptical that solar power is a worthy investment. Below are a list of reasons why solar power is beneficial and why you should invest in it. 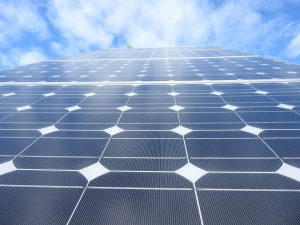 While it is true that solar panels are a costly investment converting is a good thing. The panels will pay for themselves in a matter of years. However, for those that are considered poor solar panels are something that’s much too expensive to afford. This eliminates a large percentage of the population that could greatly benefit from lower monthly utility bills. Too many families are living paycheck to paycheck with no way to save for large investments like solar panels. Wealthy families are basically the only ones left that could possibly afford such a large upfront cost. The elderly are another target audience if they have enough savings to invest in such a project.

The future of solar panel use was demonstrated in Spain several years ago when solar power use was legally banned. Homeowners that continued to use solar panels after the law was imposed were hit with huge fines. Big corporations don’t want to lose money. Some countries don’t have laws against solar panel use. These laws may start popping up in other countries as well as more people move toward their use.

There are many advantages to solar panel use. These include but are not limited to:

Solar power is a great way to improve the environment and increase energy independence for everyone across the globe. Big corporations would lose money of course which is why they don’t like it. They’d go out of business if they couldn’t make a profit. This is why they have to find a way to ban its use or fine for use of sunlight.

Is the Future of Solar Power Bleak?

Many now believe solar power to be a poor investment after federal tax credit expired last year in 2016. In the USA solar power is currently revealing sluggish job growth. With more and more companies investing their money elsewhere the future of solar power is not looking good. As to whether or not solar power will be part of the near future the answer is yes. In many countries it will always be around as an alternative energy source. It is reliable and provides energy independence in a socialist global environment. However, solar power use just won’t be as common as those without it. People just can’t afford to install it anymore.