Georgia Solar Panels: What Are Your Options?

Intro to Solar Power in Georgia

Quickly falling costs of solar cells are predictable, per Swanson’s Law, we see the price of solar panel rates drop at least 20% every decade. Solar prices went from a per watt rate of $76.67 back in 1977, and fell to an incredible rate per watt of just $0.36 cents in 2014.

Figuring out how to pay for your solar panel power system can be daunting, even though the costs of solar power is dropping quickly. The average cost for a 5kW system still runs as much as $20,000 installed. Due to the different policies and rules of each state regarding solar power, we are going to explore three different financial strategies for solar power installation. 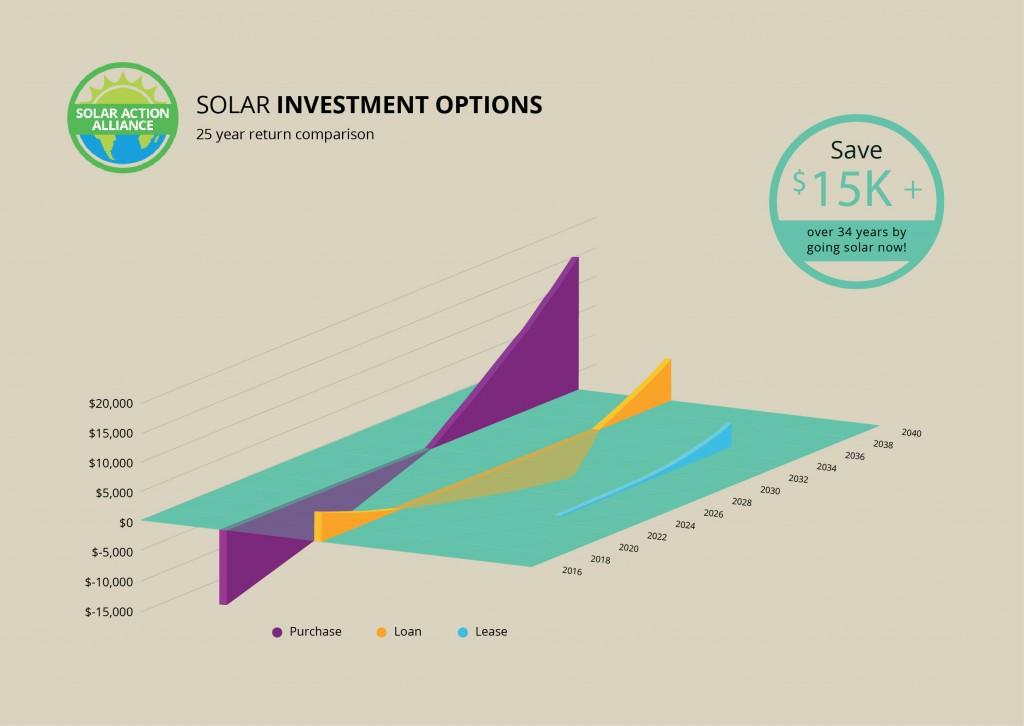 The above visual representation breaks down your return on investment(ROI) on a solar power system, throughout a 25-year loan term based on three financial options (1) leasing a solar power system, (2) a cash purchase of a solar energy system, or (3) use of a bank loan or HELOC (home equity loan).

The advantages of purchasing a solar system with cash and using a loan to purchase a solar system are similar because with both options you will qualify for any and all tax credits and incentives or solar power purchase. Unfortunately, right now in Georgia, those are few and far between but there’s always hope.

The real issue in deciding whether to buy outright with cash or by using a loan is the availability of cash up front or availability of a HELOC. Whether you buy with cash or using a loan, your investment in solar power has a return that is bigger than if you invested in a good mutual fund. The downside of both of these is that over the long term, you own the solar panel system, and thus are responsible for any repairs and maintenance.

If you decide to lease your solar panels through a PPA for example, the solar company takes on the responsibility both financially and physically for any repairs and maintenance of the solar panels. The other advantage of leasing is there is no up-front cost to you and you get an immediate reduction in your electricity bills. The solar leasing company gets all the benefits of owning the system. You also don’t have to qualify for a loan, you simply make your payments for electricity use each month to them rather than to the electric utility company. 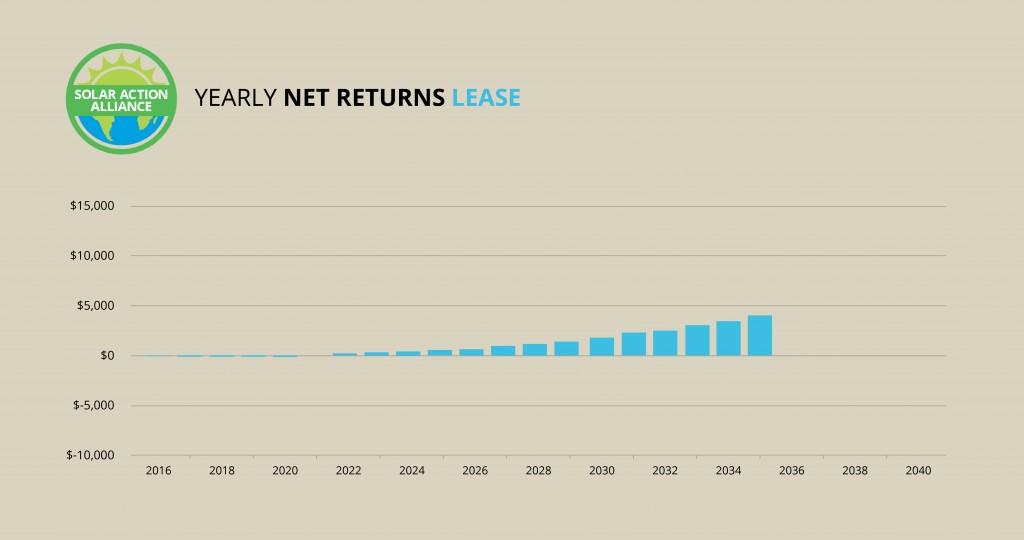 Being able to get electricity from a solar power company or third-part company, and pay them monthly instead of a public utility company, is something new for Georgia even though it’s a tried and true practice in other states. Residents of Georgia can now basically rent their roof to a solar company, who will come and build and install a solar power system with no up-front cost to the resident. Residents then pay monthly for using the electricity in the system.

Here’s the rub for Georgia. Electricity costs are now super expensive but still low enough that your monthly lease payments to the solar company may actually be a bit more, about $4 monthly, than your electric utility bill savings. Due to electricity costs rising annually though, for a typical 5-kW system, you still end up saving about $3,561 over the 20-year lease period.

Leasing a solar system or PPA is a viable alternative for anyone without a lot of cash up front or someone who lacks sufficient home equity. With a lease option, there’s no cash needed up front, the solar company is responsible for all the repair and maintenance of the panels, and get to better the planet and save some money over time. 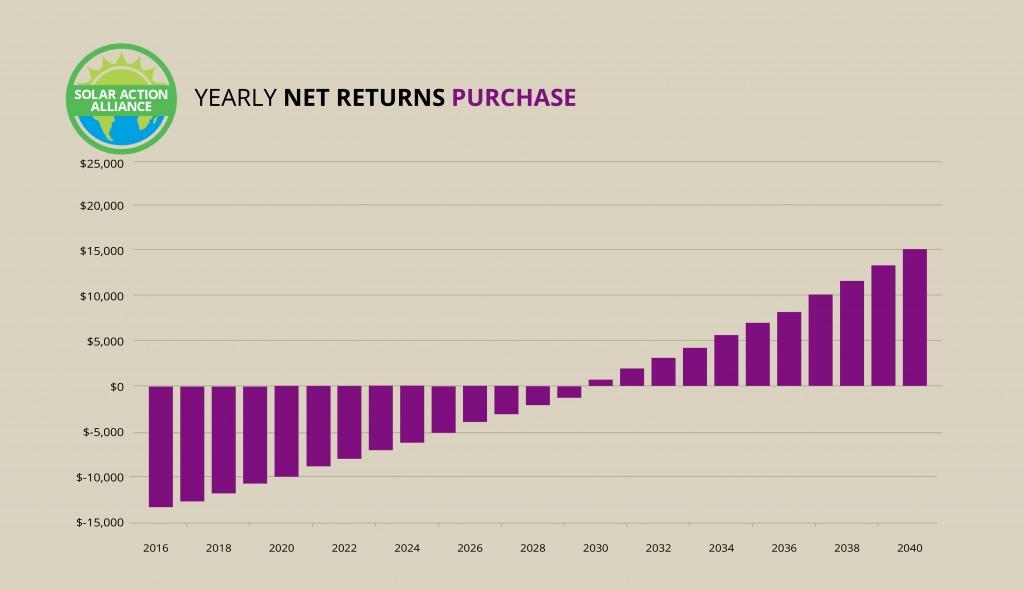 A cash purchase of an installed solar energy system will cost approximately $20,000. Even though Georgia is not great in the area of solar power incentives and policy, there is still some benefit to purchasing a solar energy system.

Unfortunately, Georgia nixed it’s 35% tax credit, one of the only positive things it had done since 2008 to support solar power transition. With no statewide incentives for solar installation and only a few incentives sporadically from public utility companies, Georgia ranks one of the worst in the country for solar power. Let’s review our next option and see if we fare any better. 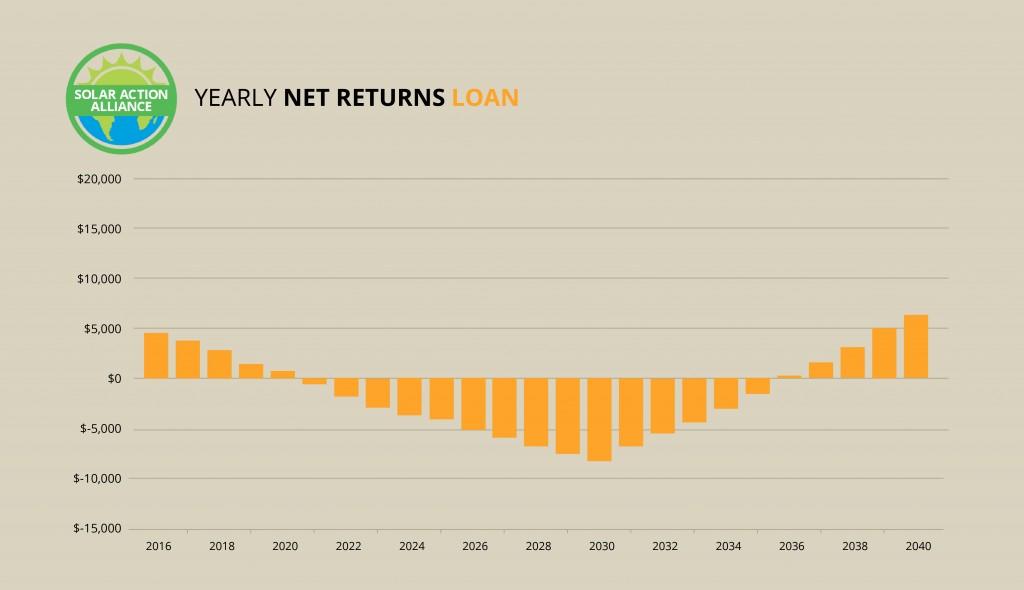 It’s not quite the same in Georgia. If you review the graph above, you see that your HELOC or loan will actually be more expensive over the loan term of 15 years, than what you will save on your electric utility bill. Once the loan is paid for, your savings add up to $6,697, an amount that isn’t bad but isn’t over the moon phenomenal either.

Think of a solar power investment in Georgia kind of like if you took out an Individual Retirement Account (IRA). Making HELOC payments each month now funds your imaginary IRA account and because your roof, with its solar panels, generates income every year you begin earning a $1,250 annual profit once the loan is paid off. Throughout the course of the 25-year loan period, you net thousands of dollars.

Buying your solar system using a loan or HELOC may be right for you if:

Georgia may be known for its sweet tasting peaches but the taste of their solar power incentives and policies leave more of a sour taste in the mouths of consumers. Georgia was a strong supporter of solar power in 2008, but the sole thing state legislators have done since then is to approve a good tax credit almost five years ago.

In May of 2015, Georgia state legislature became the first in the region to approve the electricity generated from solar power systems as a way to finance solar energy. Georgia created a financial market for solar energy, a concept new to their state and to the southern U.S. region. The law basically legislates PPA’s or power purchase agreements as a viable legal financial method for building and operating a system of solar electric power. This means a solar company can build a solar power system for a school, business, or home and recoup their money through payments from the property owner using the electric produced by the system. There is hope for Georgia but they’re going to have to do more.

Georgia legislature needs to enact a strong RPS as quickly as possible, because utility companies need the added incentive of harsh fees for non-compliance to “encourage” them to pay residents for power that is being fed back into the grid. Harsh fees would also motivate utility companies to help residents transition to solar power and thus reduced electric bills. Those mandated fees that encourage utility companies to offer incentives for residents that install rooftop solar are missing too for Georgia. Good net metering and interconnection laws need to be enacted to make solar power more accessible for residents. 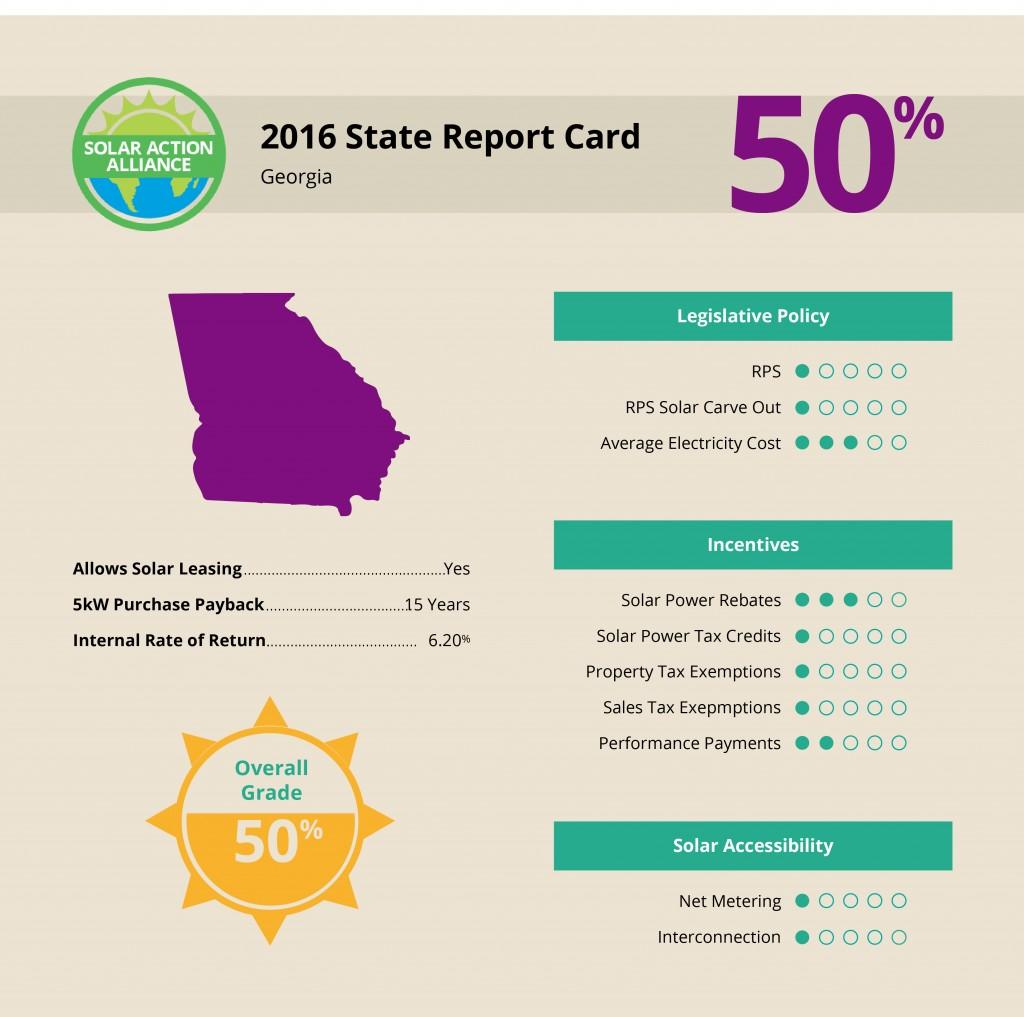 The 2016 Solar Report Card reviews a multitude of categories with regards to solar power including the Renewable Portfolio Standard (RPS) and other solar policy, accessibility, and available incentives for those who switch to solar power.

Georgia gets an overall rating of an F on the 2016 Solar Report Card. It fails miserably across the board with its somewhat redeeming categories being a C grade for electricity costs and solar power rebates and a D grade for performance payments. Average time for return on investment in a solar 5-kW system is 15 years, it was shorter before they did away with their 35% tax credit, and the annual investment return rate is 6.2%.

Suffice it to say that although Georgia may be well known for sweet tasting peaches, sweet tea, and southern hospitality, there’s really not much sweet about their solar power policies and incentives.